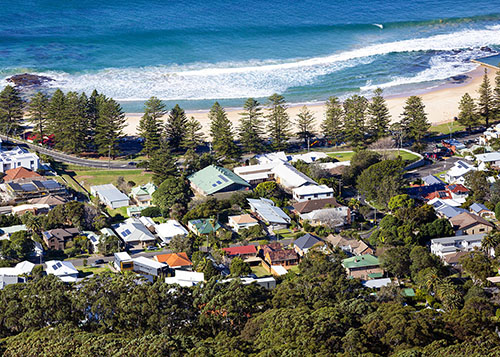 Australia’s home loan market enters 2020 with renewed confidence after new lending figures showed the low interest rate environment combined with changes to benchmark interest rate buffers have helped lock in the recovery in mortgage volumes over the past quarter.

The AFG Index released today also revealed the exodus of homebuyers from the big banks continues, with market share of the major banks falling to an all-time low in the face of enhanced competition.

The AFG Index – which provides a quarterly snapshot of national home loan activity – reported $15.4 billion in home loan applications in the past three months, up 19 per cent on the same period in 2018.

While volumes were down 1.85 per cent on the September quarter, NSW recorded 25 per cent growth on the corresponding period in 2018, while Victoria was up 19 per cent and Queensland and South Australia posted healthy 17 per cent increases. Western Australia’s market may be showing signs of stabilization with flat results quarter on quarter but an increase of two percent on the same period in 2018.

First home buyers accounted for 15 per cent of mortgages during the period – remaining at the highest level since 2013.

AFG Chief Executive Officer David Bailey said “We’re encouraged by the lending data. These figures show the national home loan market has consolidated the strong growth from the September quarter. We enter the new year buoyed by the healthy volumes in the second half of 2019, reinforcing the change in market sentiment during the year.

“It’s very clear that buyers have been enticed back to the market and the data is showing us that there is an incontestable trend away from the major banks. Consumers are empowered by the enhanced competition in the home loan sector generated by mortgage brokers and are reaping the benefits through greater choice and lower prices.”

Non-major banks accounted for 47 per cent of lodgements in the September quarter, the highest since 2007. For the first time more than half of the loans taken out by property investors were secured through non-major banks, while first home buyers (traditionally strong supporters of the majors) also voted with their feet with a record 36 per cent of loans arranged with a non-major bank.

“Homebuyers taking out principal and interest (P&I) loans are increasingly focused on the opportunities offered by the non-majors, with more than 45 per cent of P&I loans taken out with a non-major bank, representing the highest proportion ever.

The December quarter data showed Macquarie Bank and Citibank were the standout performers among non-majors in growing market share during 2019. For the majors, NAB continued to record strong growth, cementing a successful year of winning back customers.

“When examining the monthly breakdown for market share, the final month of the quarter in WA paints a more positive picture for the CBA stable. CBA and Bankwest combined received one in every three home loans – this figure represents half of all major lending volume in the WA market.

“For Westpac, it appears home borrowers put the money transfer scandal to one side after they offered $2,000 cash back and made improvements to their servicing calculator, delivering a lift from a consistent 6.5% market share for the previous five months, to 8.6% in December.